The Reasons for Athletes Getting Better 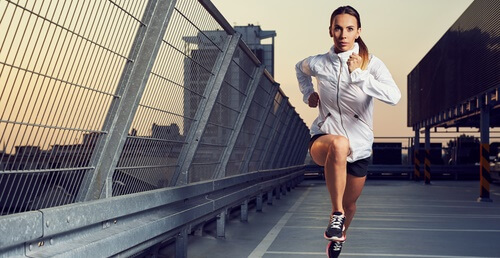 Are athletes getting better? Has technology helped athletes push past their brain’s limitations, allowing them access to their untapped power?  The world of professional and Olympic level sports has produced athletes that seem to be bigger, stronger and faster than those of 100 years ago.  However, it has been argued that the athletes’ bodies haven’t changed much over this timeframe and the enhanced performances are mostly the result of technological advances.  These larger than life athletes have the evolution of specialized and personalized sports science behind them, which wasn’t available back then.

How does all of this work? The Olympic motto is “Faster, Higher, Stronger”. Based on Olympic records this would seem to have been achieved.

David Epstein, author of the Sports Gene, stated in his TED Talk– Are athletes really getting faster, better, stronger?“Jesse Owens won the 1936 Olympics in 10.2 seconds, but would have come last in the 2013 race where Usain Bolt set his record of 9.77seconds.” However, he believes that humans have not evolved over that 77-year time span, but technology has gotten better at supporting them.

The track that Jesse Owens ran on was a soft surface made of wood ash, whereas Usain Bolt ran on an engineered carpet. The start of the race varied significantly as well, Jesse Owens had to dig himself small holes while Usain Bold had starting blocks. These would have both put Jesse Owens at a significant disadvantage. Analysing these differences, it is estimated that Owens’ would have been within a stride of Bolt instead of 14 ft behind him.

The 100m freestyle records have also been decreasing over time, but looking back in history the sudden drops can be shown to be directly correlated to the introduction of flip turns, the gutters surrounding the pool that absorb ripples and the addition of full body swim suits.

The longest distance cycled in an hour was set in 1972 as 30 miles 3774 feet. That record was broken in 1996 with a more aerodynamic and better-engineered bike. However, they made a rule that everyone had to use a bike similar to the one in 1972 and the best distance record since the ruling is 30 miles 4675 ft. proving the gain, in this case, was specifically as a result of technology.

The practice of “Body Typing” began in the 20th century. Sports Scientists have reported that certain body types are proven to be stronger at specific sports, which has resulted in each sport having distinct characteristics in its athletes.  An obvious example of this specialization is if you were to meet a man taller than 7 feet there is a 1 in 7 chance he is an NBA player at this moment. In basketball, height is a prized asset, so these athletes have continued to get taller.  On the other end of the spectrum over this same period gymnasts have gotten considerably smaller as this is an asset to their sport.

Technology will constantly be changing to push the human form further and faster. Combine technology with body type adaptation, mindfulness, inventiveness and a clearer idea of what boundaries humans are capable of pushing past without injury, athletes will continue to get faster and stronger.

Want to improve your cardio performance? Get your MaxV02 tested. With this test you will learn precisely how to train to maximize your performance results. Your MaxVO2 reflects your aerobic physical fitness and is an important determinant of your endurance capacity during prolonged, sub-maximal exercise. The technician then provides you with the information to build programs that are unique to your physiological response to exercise. Be the best that you can be!

The Sub Max V02 test measures the rate of oxygen during incremental exercise. Your max oxygen consumption reflects your aerobic physical fitness and is an important determinant of your endurance capacity during prolonged, sub-maximal exercise.