A Comparison of Some of The Most Popular Protein Supplements 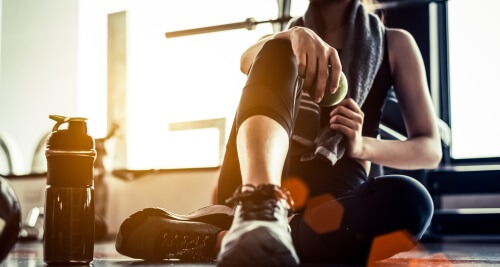 If anything has been accepted as a “fact” of fitness and health, it’s that protein is necessary for muscle recovery and growth–besides being necessary for sustaining life in general.

That being said, protein supplements have demonstrated many benefits, including increased muscle growth, faster recovery, and fat loss in regular exercisers. Even exercisers who do not primarily strength-train, such as endurance runners, have shown to benefit from protein supplementation, as cardio exercise similarly stresses and breaks down muscle tissues.

But what is the ‘best’ kind of protein? Currently, we are faced with an incredible (and often overwhelming) variety of protein types. The most popular protein supplements are probably whey—but even then, what kind of whey protein? And what’s the difference between whey protein concentrate and isolate and hydrolysate?

Plus, what about all of the alternative protein options, such as soy protein, beef protein, rice protein, etc?

In this article, I will break down the pros and cons of some of the most popular protein supplements, and describe what each can do for your muscle recovery, growth, and overall training optimization.

Whey is the protein most commonly seen on the shelves of nutrition and supplement stores. Whey, in case you were wondering, is the byproduct of cheese production, and was originally considered ‘waste’, until they realized its high protein content.

A significant reason for why whey is largely considered to be the gold standard for performance protein is that, of all the protein forms, it has the highest concentration of leucine, an amino acid which, most experts agree, plays an absolutely essential part in your muscle protein synthesis. It is also easily and quickly digested, and thus, is absorbed easily and quickly by your muscles. It is also been shown to decrease post-workout cortisol, a hormone that can limit muscle recovery and gain. And since some studies have shown that there is a limited time-window post-workout in which your muscles absorb protein most efficiently, whey protein is a good choice (it’s also worth noting that this is a controversial recommendation, as some experts have found the timing of protein to be insignificant, while others argue that pre-workout protein is more essential.)

That being said, if you are lactose-intolerant, or even lactose-sensitive, you probably don’t want to go with whey concentrate. People who do suffer from issues with lactose (like, most people in the world) will often find whey isolate much easier than whey concentrate on their digestive systems. Whey is that (haha)?

Well, for one thing, whey concentrate is much less refined than whey isolate or whey hydrolysate, which means that is has more stuff in it besides protein—including lactose.  And because it is less refined, it is also less expensive, though it does boast a large nutrient profile, including not only protein, but fat, carbohydrates, vitamins, and minerals. Whey concentrates also tend to have a higher sugar content, which scares off some of the more hardcore fitness fanatics. So, if you’re looking for the highest concentration of protein per gram, you may want to eschew whey concentrate.

And what’s the low-down on the hydrolysates? You may be unfamiliar with this form (as was I until I started researching for this article). As you might have guessed, whey hydrolysate (also known as hydrolyzed whey protein) is even further processed; some experts describe it as ‘pre-digested’. The proteins are broken for the purpose of maximum absorption by muscle tissues–this processing is seen commonly in formulas for ‘high-risk’ infants with allergic reactions to milk proteins. Thus, if you are lactose intolerant, but intent on supplementing with a whey protein, whey hydrolysates are likely your best bet.

Nowadays, you can find tons of vegan protein options on the shelves at grocery and nutrition stores; how do they compare with whey protein? Plant protein has less leucine than whey and other animal proteins, which some argue makes them less effective in synthesizing protein into your muscles.

The most popular plant-based/vegan protein is soy, though experts can’t seem to make up their minds as to whether or not soy protein is good for your health, or evil incarnate.

In the pro-soy camp, soy is often praised for its demonstrated ability to lower cholesterol (interestingly, the same study found that animal protein does not lower cholesterol). One double-blind study showed that, when part of a resistance training program, soy has the same capacity as whey protein for increasing muscle mass.

Another study demonstrated that whey is whey more effective at maximizing muscle growth than soy. Many others choose to minimize their soy intake for its purported hormonal effects; for example, one study found that soy protein “partially blunts” serum testosterone (if you want to know why testosterone is important to optimal health and performance, you can check out my article here).

A couple years ago, beef protein powder was introduced into the supplement market, and, at least for a little while, it was the hot new wonder-protein. The idea of a protein powder that offered the same nutrient profile as a piece of lean beef–with added convenience–was truly ground breaking and thrilling. Unfortunately, further investigation revealed that beef protein powders fall sadly short of its promise; the primary ingredient of beef protein powders is gelatin, which is found mostly in joints, ligaments, ears, etc. If a powder was to exist that contained all of the properties of an actual piece of beef, the price would be astronomical. Though some athletes swear by beef protein and its ability to build lean mass, most of the properties that make it so effective–such as BCAA’s and creatine–are actually added to the powder by the manufacturer. Unfortunately, very little scientific research has been done on the relative effectiveness of beef protein powder in comparison to other protein powders. But if you are considering using such a powder, I would suggest performing some of your own research, and thoroughly investigating its ingredients and their sources.

So, which protein should you take for maximum gain? When it comes to protein, science is decidedly undecided. And, as I’ve stated previously, every person and every body is different, and your response to a specific protein or nutrient will likely be wildly different from another person’s. I would recommend Infofit’s certified sports nutrition course, which delves into all of the most recent and relevant research into the relationship between nutrition, fitness, and living your absolute best life!

This course provides an extensive in-depth view into the emergent science and philosophy of sports nutrition.