Making the difference between success and failure is having the right body to suit that particular sport. Marathon runners tend to be light and lean, top swimmers are gangly things and tend to have larger feet and gold medal power-lifters are solid blocks of muscle with short arms and legs. So, does your physical body type, and indeed the way your body functions, fit your particular sport. Or does your body develop and improve a certain way because of your chosen sport? 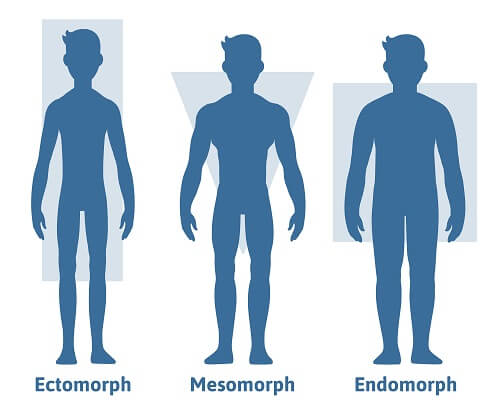 A five foot tall person has little chance of becoming an elite basketball player, but being six foot seven with the springiest tendons in the land doesn’t automatically propel you to Olympic gold. Unless you have tactical sense where needed, access to decent equipment, medical backup and the optimum psychological conditions for a winning attitude. And be able to power yourself through pain, and of course, superb technique, all the physical attributes will be in vain.

“In swimming, only 5-10% of force propulsion comes from the legs, so technique is vital.” said Jonathan Robinson, an applied sports scientist at the University of Bath’s sports development department, pointing out  the importance of technique. To clarify this, he cites triathletes, who are all extraordinarily fit, yet who may fail to reach competition standard if they have poor swimming technique.

Start with the Right Physique for the Right Sport

Having the right physique for the right sport is a great starting point. An Australian Institute of Sports started a Talent Search Program. They scoured schools for 14-16-year-olds with the body type to be elite athletes. One of their first finds was Megan Still. In 1987, she had never touched an oar in her life but had almost the perfect body type for a rower. After intensive conditioning, she won a gold medal in the women’s rowing in the 1996 Atlanta Olympics.

With the explosion of genetic knowledge, there is now a search, not just for sport appropriate physique but also for “performance genes“. Several are implicated. For example, the ability to use oxygen efficiently is the key to gaining the winning edge. The EPOR gene initiates the process of red blood cell production and then switches off, but a single mutation means that it carries on working, leading to an abnormal amount of red blood cells.

This Mutation is Definitely Performance-Enhancing

Finnish researchers pin pointed an entire family with this EPOR mutation, several of whom were championship endurance athletes, including the champion cross-country gold medalist skier, Eero Mantyranta. Having this mutation is definitely performance-enhancing. Elite athletes of the future may come from such physiological “outliers”, people who naturally possess extremes of normal physiology which also happen to be performance-enhancing. It’s all about finding them.

The drive to collect elite athletes based in part on characteristics and body type has had a long difficult history, with work bedevilled by the race issue. African origin competitors hold the majority of leading times for top running events, even though only 1/8 of the world population is black. And the Kalenjin tribe from Kenya holds 40% of the world class medals for distance running.

These Kenyan people tend to have slim legs, with a genetic trait of high calf muscles, which is an efficient anatomy for a runner. Mind you, they also live above 2,000ft, which helps to increase the body’s amount of red blood cells and its cardiovascular capacity, which are both vital for distance running.

In truth, there is more genetic variation between individuals than there is between races. What do we know about the different physiological types is certain body types are suited to particular sports.

Shooting Only Requires You to Lie Down

You might think shooting is a sport that doesn’t require fitness and only requires you to lie down. Perfect sharp shooters have great cardiovascular fitness and a low heart rate, which they can slow further. From seconds of firing, (without knowing it) they can drop their heart rate by 20 beats and fire exactly between heartbeats. Hand gun shooting also needs strong upper body musculature.

The perfect male rower is tall, heavy but with low body fat (10% in men), broad shoulders and long, powerful limbs. His heart is capable of pumping 40 litres of blood a minute. Rowers have the highest uptake in absolute maximum oxygen of any athlete and the highest air intake known to be 300 litres per minute.

Research shows that an ideal 100m sprinter is tall, with a strong mesomorphic body shape with a high percentage of fast twitch fibres (more than 80%). Top sprinters have slim lower legs and relatively narrow hips which gives a biomechanical advantage. They use muscle fuel so fast that they are basically running on fumes by the end of the race.

The perfect marathon runner has a light frame, slim legs and is of small to medium height. With a high percentage of slow twitch fibres and very high maximal oxygen uptake, they can withstand dehydration, and training gives their muscles a high storage capacity for glycogen.

The perfect weightlifter is well muscled with a strong mesomorphic body type. Not tall, good weightlifters tend to have relatively short arms and legs, which makes them more efficient levers. Their cardiovascular systems are able to stand sudden surges in blood pressure) and have high percentage of fast twitch fibres.

The ideal female gymnast is small and slight, with a narrow body to permit speedy rotation, superb balance and a high strength to weight ratio and an even musculature. Unusually, rather than in spurts, she will have grown steadily during her early adolescence. Gymnasts of both sexes require both high power and high capacity energy systems and, are the fittest of all sports athletes.

Research shows that some people’s muscles have a greater capacity to deliver big bursts of energy for short periods, while others are better at delivering a smaller amount of steady power over a sustained period. The former group are adapted to power events and the latter are better suited to endurance sports. In determining your body type, it’s best to think of your muscles as being powered by batteries (realistically, they are fired by 3 different types of cellular fuel).

Muscles are made up of two different types of fibres. The “slow twitch” fibres deliver prolonged contraction over many minutes or hours favouring endurance events. The”fast twitch” fibers deliver extreme amounts of power for a few seconds favouring sprint events or those requiring sudden power, such as weightlifting.. The ratio of fast to slow fibres in each person is genetic.

Mesomorphs are large boned and have highly defined muscles, with a low, narrow waist. Men are rectangular, and women are hourglass-shaped. Ectomorphs are thin, lightly muscled with small wrists and ankles. Endomorphs are soft and round, with shorter limbs, high waists, small hands and feet. Generally most people are mixtures of body types, but those who are mesomorphic tend to do well in sports such as weightlifting, while running is where ectomorphs are found to excel.

Body type analyses provides gateway for sports selection, prowess and training response. Although it seems certain body types are better suited to certain sports, there is still a considerable degree of ‘you are what you train for.’ Particularly found within certain parameters, this has been exemplified by research pointing to differences and anomalies within playing position in basketball (and other sports). In addition, the more recent research into sporting genes could have even greater implications than body type in terms of ‘determining’ who can be good at certain sports and who will be ‘made’ better at a sport.