Carcinogenic Foods that We Eat Every Day 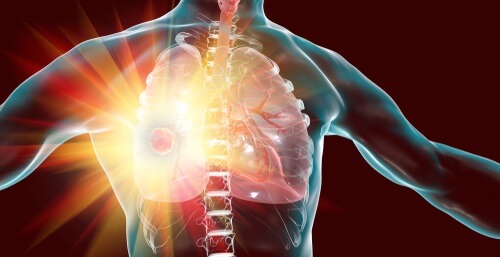 You’ve probably heard of a “carcinogen” before. Maybe you have that friend or family member who refuses to eat a specific thing because “it’s carcinogenic”. And maybe, you think, “that sounds scary”, but like me, would much rather not know, thank you very much.

Well, I hate to break it to you, but we can no longer remain in ignorance!

First off, let me define a “carcinogen”, in case you didn’t already know: a carcinogen is “a substance capable of causing cancer in living tissue” (as a side note, I have no idea if it is possible to cause cancer in non-living tissue).

Some commonly-known carcinogens are tobacco, radiation, and asbestos. But, unfortunately, many less commonly-known carcinogens exist in the food that we eat every day. Scientific institutions and governing bodies have dedicated hundreds of thousands of hours and billions of dollars into investigating the relationship between the incidence of cancer and the food that we eat. In the interest of public health, they’ve established classification systems that rank certain materials and their carcinogenic potential.

So, what are some of the most dangerous cancer causing foods that have demonstrated real cancer-causing power–and that we would probably be better off avoiding when possible?

While carcinogens may have a reputation for being synthetic or man-made, many carcinogens are in fact naturally-occurring. Alcohol being a case in point.

Alcohol has been around for ages, and, as some experts argue, has been likely been causing cancer for just as long. Alcohol is classified by the International Agency for Research on Cancer as a Group 1 carcinogenic, which is defined as “carcinogenic to humans: There is enough evidence to conclude that it can cause cancer in humans”, though the mechanisms by which these materials can cause cancer varies. Among others, some substances and materials that are also classified as “Group 1” are asbestos, HIV, and arsenic. Scary, right? According to a 2009 study done in the Journal of Public Health, 3.5% of cancer deaths in the U.S. are alcohol-related.

So, you might be wondering: is all alcohol in all amounts cancerous? As for many people, the prospect of a future without another drink ever again might strike you as incredibly depressing. If you can’t do without, the National Cancer Institute recommends no more than one drink a day for women, or two for men. There is also some evidence that certain types of alcohol—specifically, apple brandy and cider—may possess an additional risk.

More fascinating research has recently discovered a link between those who suffer from “alcohol flush”–predominantly, people of Asian descent—and a risk for a certain type of cancer. Studies have shown that people of Korean, Chinese, and especially Japanese descent are more likely to carry a cancer-causing gene which is activated by alcohol. So, if your face and neck get flushed, and your stomach starts feeling really not-good, and you’re of Asian descent, you might want to lay off the high-balls; it may be your body helping you to prevent cancer!

Smoked fish, ham, hot dogs, ground beef; what do they have in common (besides being delicious)? They are all known carcinogens. Researchers in one study found that meat eaters are 3 times more likely to develop colorectal cancer than vegetarians!

So, is all meat cancer-causing? Studies have demonstrated a particularly strong link between processed meats, such as pepperoni, bacon, sausage, and other deli meats, and an elevated cancer risk; one study showed that even moderate consumption of processed meat elevated one’s risk up to 18%!

Red meat (which includes lamb, beef, and pork, but not chicken or fish) has also been implicated as being carcinogenic—though not to the same degree as processed meat. So, what is it about red meat that is so risky? Many experts point to the chemical haem—which is found in haemoglobin—as the main culprit; when haem is broken down in our stomach, it forms some pretty nasty chemical compounds, and which can adversely affect the cells in our bowels, and possibly causing the development of cancer.

Meat that is grilled or barbecued may possess additional carcinogenic risk (good news: vegetables are A-okay when grilled, so load on up!). When muscle meat is cooked at very high temperatures, dangerous chemicals (Heterocyclic amines and polycyclic aromatic hydrocarbons) form and potentially become carcinogenic—and this includes fish and poultry, as well as red meats. Grilled meats are typically the only foods to contain these chemicals—but they are also found in cigarette smoke and car exhaust fumes!

So, how do you cook your meat to minimize your risk? Try introducing more steamed meat into your diet—or just reducing your meat intake altogether. Experts also recommend microwaving your meat, at least initially, to reduce the amount of time needed to cook your meat over a flame or in high temperatures. Continuously turn over your meat when grilling to reduce the formation of carcinogens and remove charred bits once ready to serve.

There are a few other foods that have been shown to have carcinogenic potential: as a result of their high acidity, canned tomatoes are more likely than other canned foods to pick up some of the BPA’s that commonly make up aluminum cans. Aflatoxin, a toxic fungal mold and definite carcinogen, is also invading our diets, and which can be found in such popular foods as corn, sweet potato, cassava, and peanuts and, again, alcohol. Some recent research has also suggested that some artificial sweeteners may also be carcinogenic. You can check out here a complete list of potentially carcinogenic food contaminants (that we know of).

Depressed yet? Personally, I was pretty horrified when I realized how much of the food I love is actually increasing my cancer risk (am I the only one who craves burned meat?). It’s almost as if my body wants me to get cancer.

I also know that I will have a nigh-impossible time avoiding all of the foods that have some sort of carcinogenic potential all of the time–and this is likely true for most people. So, what are some things that you can do to lower your cancer risk? First, maintain a healthy weight. Second (and related to the first point), exercise. Third, eat lots of fibre- and antioxidant-full veggies and fruit.

Nutrition impacts so much more in our lives than our weight and muscle-to-fat ratio (though these things are important too!). The issue of carcinogenic food contaminants emphasizes this fact; how do we eat to stay lean and maintain our muscle mass and prevent cancer and live full and balanced life? The amount of information that we receive, telling us how to eat and how to exercise, etc, can be incredibly overwhelming; who can we trust? And what is best for us?

The educators at Infofit have gathered the most well-researched, unbiased scientific information when it comes to nutrition and the optimal functioning of our bodies. Infofit is in the business of keeping you and your body healthy and happy. If you want to expand your knowledge, and learn more about nutrition and exercise, you can check out our course offerings here.

Wishing you all the best on your journey to optimal health!

IARC Monographs on the Evaluation of Carcinogenic Risks to Humans. (n.d.). Retrieved April 06, 2018, from http://monographs.iarc.fr/ENG/Classification/index.php

Anyone interested in offering holistic sports nutrition, fitness and human performance advise to their clients should enrol in this unique and specialized program.