Creatine: Is It The Key to Your Best Physique? 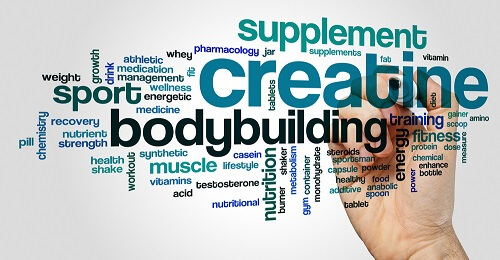 If you are tapped into bodybuilding or fitness culture, you have probably heard of creatine in relationship with weight training and muscle hypertrophy. Maybe you’re considering supplementing with creatine, but are constantly being bombarded with conflicting reports of its safety and effectiveness; from ‘creatine is essential for muscle gain‘ to ‘creatine will destroy your kidneys‘ to ‘creatine will help your muscles to recover faster’ to ‘creatine is bad for women‘–I’ve heard it all. A sales associate at a nutrition store once likened the bloating caused by supplementing with creatine to “being on a month-long period”!

If you are familiar with creatine, you’ve heard a version of at least one of these statements. I vacillated for a year about taking creatine before finally deciding to take the plunge. So, what’s true? And what will work for you?

The Most Researched Supplement in The World

One fact about creatine of which you may not be aware: it is the most researched supplement in the world. There is an absolutely astounding body of information and scientific research out there dedicated to the investigation and analysis of creatine and its effects on the human body. I have combed through this mass of knowledge to separate the fact from the fiction, and to present to you the most current and scientifically-established information regarding this supplement.

So, what is it? Creatine is a nitrogenous organic acid that is produced naturally in vertebrates. The liver and kidneys produce creatine and most of it (around 95%) is stored in skeletal muscle—the muscles that move our bones. It is primarily responsible for the recycling of ATP—adenosine triphosphate—which is the energy substance used by our cells. When a cell is depleted of ATP, the cell can no longer contract—which means that the muscle can no longer contract and it fails. One of the quickest ways that a muscle can restore its ATP is through creatine. The most common creatine supplement on the market is creatine monohydrate–and this form is also the most thoroughly researched and studied.

So, why supplement with creatine? While much of the creatine in our bodies is produced endogenously (meaning, in our bodies and by our bodies), much of our creatine content comes from the food we eat—specifically, from animal products. Creatine has been thought to optimize muscle growth and repair and to provoke greater strength gains—which is why so many body-builders and athletes choose to supplement with creatine. It is commonly believed that creatine can provide that extra ‘oomph’ to one’s resistance program, helping to generate greater gains in muscular strength, and leading to improved and faster recovery.

But how significant—and how common—are these gains? And do the risks outweigh its possible benefits?

Below, I examine the validity of some of the commonly-held beliefs regarding creatine.

One belief that constantly emerges in fields of fitness and bodybuilding is that creatine will make you retain water—and that this water-retention will provoke adverse side effects, such as bloating, cramping, and heat exhaustion. This is only partly true: creatine does cause water-retention, specifically in skeletal muscles. But researchers have investigated the claim that creatine will create shifts in fluid distribution (leading to bloating, cramping, etc), and have largely found this belief to be baseless. Creatine will oftentimes lead to weight gain, due to water retention—but which quickly dissipates, usually after the first couple days of creatine loading, and immediately after you cease supplementation. You may have also heard that post-supplementation with creatine, all muscle gains will be lost. This is simply not true; any weight or muscle size that you lose post-supplementation is likely water-weight. Which leads into the other commonly-held belief, and my next point of discussion…

Here’s another fact about creatine: there is limited scientific data investigating the long-term effects of creatine use. You might be familiar with some anecdotal accounts, claiming renal failure and intolerable gastrointestinal distress and excessive water retention from taking creatine on a more long-term basis. These claims, however, are likely more urban legend than scientific fact. The few long-term studies performed studying creatine supplementation have found little cause for alarm. One study investigated the effects of creatine on renal function in healthy men and women over both short and long-term and found virtually no difference in kidney function between the control group, the short-term creatine group, and the long-term (over five years). That being said, most experts would not recommend supplementing with creatine if you have a history of renal failure or dysfunction.

Here’s where we get to the meat of the issue (pun definitely intended): muscle gain. Just how effective is creatine in promoting muscle hypertrophy and strength gains? Is the power of creatine more myth than fact? As it turns out, creatine lives up to its hype! One study performed on older adults (mean age of 57-70) found that a regular strength-training program in conjunction with creatine-supplementation will produce greater gains in both muscle size and strength. Another study performed with high-school athletes found maximal strength massively increased through the use of creatine, though it had little effect on their explosive power. Creatine has even been shown to improve the muscular strength of people with spinal cord injuries. But, remember: it is a supplement, not a magic elixir that will gift you with supernatural muscle gains; you still need to train and eat appropriate to your goals.

One very important caveat: experts conjecture that there is a small percentage of the population that will not respond to creatine. One study found that individuals who respond most markedly to supplementation–those who see improvements in muscular strength and muscle fibre growth–tend to have lower pre-existing levels of creatine, but more type II muscle fibers and greater fat-free mass. That being said, the researchers concluded that the only sure-fire way to tell if an individual will respond to creatine is to actually try supplementing with it –and doing it consistently.

So, if you, alongside countless other athletes and body-builders, are ready to take the plunge, where do you start? And what protocol do you follow?

In the first few days or weeks, most experts would recommend saturating the muscles with creatine, or ‘loading’. This typically means a daily supplement dose of 20 grams—though this will vary, depending on your weight, sex, and age. One study found that by ‘loading’ their subjects’ muscles with a 20 gram daily dose of creatine for the first 6 days—and then tapering down to just 2 grams a day for the remainder of the cycle—maintained their muscles’ elevated creatine levels. An increase of just one gram—from two to three—increased their muscles’ creatine levels. I would recommend using a creatine-calculator (that you can find online) and which will help you to determine your ideal creatine supplementation.

One study found that the strength-gaining benefits that typically result from a creatine supplementation protocol are completely eliminated by caffeine intake–that being said, successive studies have largely been unable to reproduce these results. If you want to play it safe, consider taking your creatine supplement at a different time from your caffeine.

Since most of our exogenous creatine comes from the meat in our diets, creatine levels are oftentimes decreased in vegetarian and vegan populations. Many experts would strongly recommend supplementing with creatine if you are following a meat-free diet, and especially if you are looking to build or maintain muscle; plus, if your muscle’s initial creatine levels are low, you are likely to be more sensitive to creatine supplementation and demonstrate greater improvements in muscular strength, size, and recovery.

As a final disclaimer, I would warn that creatine has been shown to increase dihydrotestosterone (DHT) in some individuals, a hormone that can cause acne and baldness. And though the link between gastrointestinal issues and creatine supplementation hasn’t been conclusively proven–some people do experience stomach cramping, especially in the initial phases of creatine supplementation. As always, please speak to your physician or medical professional before supplementing!

Understanding Supplements and Their Usage