physical activity can change your DNA

You do not need to be a scientist to know that exercise burns calories, lowers your risk of heart disease, stroke and diabetes. But did you know that physical activity can change your DNA? Unlike genetic mutations caused by toxins and carcinogens, exercise induced changes to our DNA are more like fine tuning our muscles to work more efficiently. More importantly, the transformation occurs after a single 20-minute exercise workout. 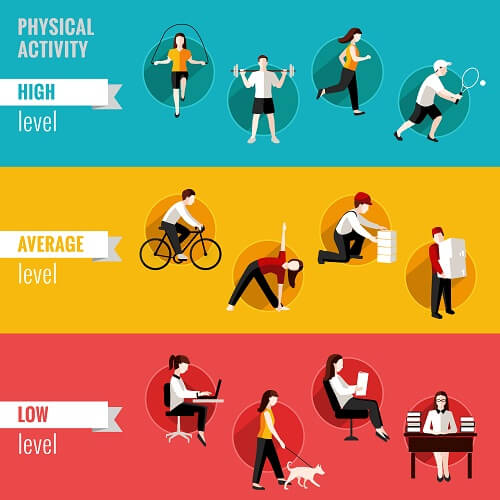 Juleen Zierath, a professor of physiology at the Karolinska Institute in Stockholm and her team’s research, discuss the actual changes that muscle cells undergo from the adaptation to exercise. The team worked with 14 relatively sedentary young men and women. They had them exercise on a bike and measured their maximum activity levels. The participants also were required to have a biopsy of muscle cells. The biopsy was taken from their quadriceps before exercise, and again 20 minutes afterwards.

before and after exercise biopsy samples

When comparing the before and after biopsy samples, researchers found that more genes were switched “on” from these cells after exercise. Additionally, the participants’ DNA showed less methylation, a molecular process where chemicals called methyl groups access the DNA and control the cell’s ability to turn “on” certain genes. By limiting how much methylation goes in certain cells at specific times, the body regulates which genes in the DNA are activated. This explains how your body differentiates the development of a liver from that of a kidney cell.

muscle adapts to what you do

Methylation also primes muscle cells by getting them to pump out the required nutrients and enzymes  the muscle needs for energy during that workout. With increased exercise intensity, the more the methyl groups are involved. One of the mechanisms that allow that to happen is how the muscle adapts to what you do, if you don’t use it, you lose it.

don’t use it, you lose it

To confirm the role of gene expression and exercise in muscle, researchers then explored the effect of calcium on the entire system. When intense exercise is performed, muscle cells release calcium, which triggers the contraction process. When the calcium production was blocked, the muscles didn’t contract as much and the effects basically disappeared.

Then the team added caffeine to the lab dishes and made the contract. The exposure to caffeine can enhance the way methyl groups move and trigger the release of calcium, and activate the genes that help muscles contract.

The researchers do not recommend anyone to regularly drink coffee in place of exercise. To match the same effect, the researchers saw in the muscle cells, someone would have to drink a lethal dose, somewhere near 50 cups of coffee a day. Juleen Zierath says “Exercise is medicine, and it seems the means to alter our epigenomes for better health may be only a jog away”