Farming in a Polluted World - Organic vs Conventional

What’s the Deal with Genetically Modified Foods?: The GMO Lowdown 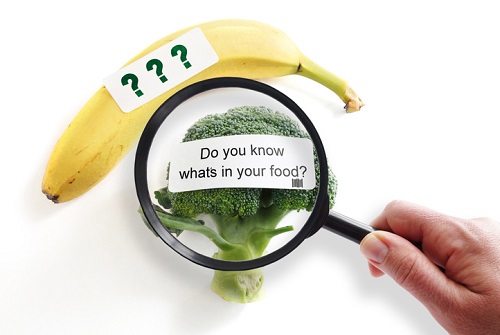 There are so many different stickers and stamps of approval from so many different regulating bodies when it comes to “organic” and “non-GMO”, that it’s hard to keep track of what standards are “legit” and which are, in a word, bull. Did you know that a food item can be considered organic in one country and not organic in another? The definition of GMO, as well, shifts depending on where you are in the world.

In Canada, we define a genetically-modified food as “a food that comes from an organism (plant, animal or microorganism) that has had 1 or more of its traits changed on purpose.” there are many different processes by which a food or crop can be genetically modified, including traditional breeding techniques, such as cross-breeding, modern biotechnology techniques, which include genetic engineering, gene editing, and mutagenesis (which the Government of Canada defines as “a change in the genetic make-up of an organism caused by chemicals or radiation.”) When it comes to GM food, a food producer is not required under law to label the method of production, including genetic modification, used to develop a food product. It is only when a food has the potential to cause allergic reactions or when the “composition” or “nutritional quality” of the food has changed that producers are required to label to notify consumers.

And why would a producer genetically modify their food or crop? Some of the primary reasons include increasing a crop’s resistance to disease, pests that destroy crops, tolerating the herbicides that destroy pests and weeds, delaying the ripening process to allow the food to be transported long distances, and surviving drought conditions where water is scarce. If you want to know more about genetically modified food in Canada, the federal government has a whole host of documents and information that you can review here.

So, in Canada at least, a genetically-engineered food item cannot be certified as ‘organic’. That being said, there are many produce items that we generally consider very healthful and that we can buy ‘organic’ and that, once upon a time, were genetically modified. Broccoli, for example, is not a naturally occurring plant and is technically the result of genetic modification (it’s derived from a wild cabbage!).

So, is genetically modified food something to avoid? Not necessarily, says the World Health Organization. Many crops are genetically modified with the intention of increasing their resistance to pests and invasive species, and which will help to produce a greater crop yield and increase nutritional value and durability. One common gene that has been incorporated into many food plants is the one found in the naturally-occurring bacterium Bacillus thuringiensis (Bt). This toxin is used frequently as a conventional insecticide and is safe for human consumption. Studies have shown that those crops that produce this toxin through genetic modification require minimal insecticide application–so they don’t need to be sprayed as heavily as those crops that don’t possess this gene. By introducing the virus into the plant’s genetic makeup, the plant increases its resistance–almost like vaccination in humans!

Is there a type of genetic modification that we should avoid? According to the WHO, transferring genes from an organism that is commonly allergenic, such as a peanut, into another organism that does not organically possess that gene, such as a grapefruit, can increase the allergenic properties of that grapefruit. The genetically modified grapefruit would require rigorous analysis to prove that it does not possess allergenic properties. Another problematic case would be if antibiotic-resistant genes in a plant were to somehow transfer to the cells found in the gastrointestinal tract of a human. The probability of this happening, though, is “low”, according to the WHO. One more common issue that may arise with GMO’s is what is called “outcrossing”; outcrossing occurs when one crop accidentally mixes with another crop and which results in a contaminated crop that, depending on the mixed material, may not be fit for human consumption. Many countries, including Canada and the U.S., encourage “buffer zones” in between crops so that a particular seed won’t be blown over into another farmer’s field and rigorous cleaning and sanitization standards at shared grain mills, etc.

The arena of genetically modified food production is both complex and continuing to develop. Just because a genetically modified food is safe for human consumption, it might not be safe for the environment. Issues of concern include the possibility of the gene material entering into the surrounding ecosystem and the potential for it to harm non-target organisms (such as insects and animals that are not pests). If you are interested in the topic of genetically modified food and how it is regulated and its effect on humans and the environment, I would recommend checking out the Government of Canada’s information as well as the World Health Organization’s recommendations, both of which are included in the Works Cited below.

Anyone interested in offering holistic sports nutrition, fitness and human performance advise to their clients should enrol in this unique and specialized program.