Foods That Burn Fat and Boost Your Metabolism

Stoke Your fires and Boost Your Metabolism 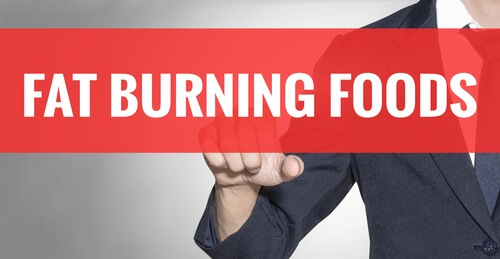 Studies have shown that specific foods have very unusual thermogenic effects, so you literally burn calories from the foods you consume. While other nutrient dense food burns fat due to vitamins, minerals and other compounds that are naturally occurring. Feed your body with these highly nutritious foods that burn fat.

Avocados contain monounsaturated fats that are burned easily while doing exercise and, in fact, encourages the burning of fat. Avocados also have the remarkable carb, mannoheptulose, which is a sugar that dampens the release of insulin and boosts calcium absorption, both are essential for assisting with fat loss.

Eggs contain nine vitamins, eight minerals, two amino acids and numerous additional macronutrients. They would include iron, calcium, and thiamine. Eggs contain a high amount of protein, which allows the body to burn fat by raising your metabolism. Consuming protein uses more energy by causing your body to burn calories and fat in order to digest the protein. Eggs also contain B12, which breaks down and burns fat within the body.

Coconut oil is a healthy source of fat even though it is considered a high saturated fat. The saturated fat in coconut oil, however, is comprised of mostly medium-chain triglycerides (MCT). MCT doesn’t seem to raise your cholesterol the way saturated animal fats do. Studies have been showing it helps to reduce belly fat by increasing fat oxidation, this, in turn, causes less fat to accumulate in the body. According to the “International Journal of Obesity” 2003, it may also increase the amount of energy your body uses which helps to limit total body fat.

Grains are considered whole when all parts are present, this would include the bran, germ, and endosperm. When all parts are present it take the body twice as many calories to break down the food especially the ones that are rich in fiber. They have high concentrations of Vitamins B & E along with the minerals Magnesium and iron. All of these nutrients, along with the fiber, help to regulate the bowels, decreases hunger and boosts the metabolism.

Quinoa is a nutritional giant that should be included in all food plans. This whole grain has the added benefit of being high in protein (8gms) and fiber (5gms) in one cup. The protein in quinoa aids in the stabilization of blood sugar and you’ll burn more calories during digestion because it takes more energy to break down protein. Additionally, Quinoa is rich in iron, lysine, magnesium, riboflavin (B2), and manganese.

Hot peppers have a tasteless substance called capsaicin. Capsaicin appears to dampen hunger and temporarily speeds up metabolism marginally. According to CBC news, Researchers at the University of Wyoming found evidence that capsaicin may help by stimulating energy-burning and turning white fat to brown fat.  As an added benefits capsaicin is a natural antioxidant which can combat cell destruction caused by free radicals, according to the American Cancer Society. Hot peppers additionally are low in calories and contain vitamins A, C, and K.

Several studies suggest green tea may stimulate the body to burn fat because it contains catechins, a type of phytochemical that affects metabolism. It has been shown that green tea can help improve metabolism by as much as 4% in a 24-hour period. When consumed daily it has the potential to kick your metabolism into high gear all day. Catechins also lower cholesterol and blood pressure. Green tea is also known to decrease appetite to varying degrees. Green tea seems to help keep blood sugar stable in diabetics. Green tea extract is available as a supplement however the main benefits come from freshly brewed tea.

Grapefruit lowers insulin levels although not greatly.  Even with this slight change in levels, the body is prevented from converting as much sugar to fat. The lowered insulin can also help curb appetite because high insulin level is what tells the brain on that it’s time to bring some energy by eating.  Another benefit of grapefruit is its high in fiber content while having minimal calories (a half grapefruit is about 40 calories). Grapefruit is known as a “negative calorie” food – which means it takes more calories to digest it than what occurs in the fruit.

Although fish is a great source of protein, the actual reason it is lowers leptin levels in the body. Leptin is a hormone that directly affects metabolism, it decides whether or not your body stores calories or burns them for fuel. When people go on diets and lose weight, their leptin levels plummet. The brain then wants to restore leptin levels back to normal and signals the body to eat. Due to this reason, people on diets often feel very hungry. Studies show that when you eat fish, you have low leptin levels and, therefore, are not hungry.

Want to learn more ways to control hormones and metabolism through nutrition?

These innovative fitness nutrition certificate programs integrate the knowledge and expertise of both Infofit and the Cory Holly Institute (CHI), offering certification that is internationally recognized and respected.

Download now, listen instantly or take it with you and listen in the car or at the gym.