What is Omega 7? Do you need it, and how do you get it into your diet? 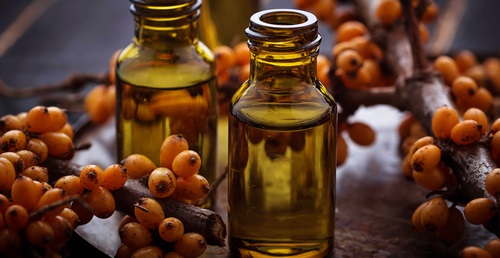 Anyone who follows nutritional guidelines or listens to daytime health television shows has heard of Omega 3-6-9. However have you heard about Omega 7? I can hear the collective groan of “Oh no! Another supplement to add into my pill box?”

What is Omega 7? Why should you care and do you need to add it into your health regime?  Omega 7 is just coming into the limelight and the research is looking encouraging for positive health benefits.

The majority of the Omega 7 research has been conducted on rats, however recent, human studies have been promising. In a study published by Japanese researchers (1), palmitoleic acid given to rats reduced their cholesterol and triglycerides, reduced insulin resistance, and prompted weight loss. It also improved the liver health of the rats, and reduced inflammation within the body. Other studies show that in humans, macadamia nuts, or other dietary sources of omega-7s seem to have a considerable effect on cholesterol levels, while improving insulin sensitivity (which can help protect against type 2 diabetes) and that’s without getting rid of the palmitic acid that could be interfering with some of the benefits.

Where Can I find OMEGA-7s in Dietary Sources?

Omega 7’s can be found in a variety of foods. Macadamia nuts are one that has a higher concentration and are easily accessible.  All you need is about 10 to 12 macadamia nuts a day. Don’t overdo it, however, if you’re watching your weight since this small serving has about 200 calories.

Sea buckthorn Berries have the highest concentration of the Omega 7 fatty acid. They also have many more vitamins and nutrients than fish or nuts!  The golden-orange berries provide vitamin C, vitamin E, flavonoids, oils rich in essential fatty acids, amino acids and other healthful components. Sea buckthorn is also available in oil which is more stable than fish oil, has a longer shelf life and does not require refrigeration.

Fish contain low levels of Omega 7 fatty acids. They are a richer source of Omega 3’s and are better used for that fatty acid. Taking fish oil for Omega 7’s therefore is not ideal, but is acceptable. Fish sources include cold-water fatty fish (salmon, tuna, sardines, mackerel, and trout).

Dairy products also contain some Omega 7 fatty acids. Dairy sources are rather sparse and not a significant source of the fat. Keep in mind that only dairy products made with whole milk or a minimum of at least 2 percent will contain Omega 7. Dairy sources include milk, cheese, and yogurt.

So What is the Final Word?

The research study data seems promising so far. Omega 7 seems to have a potential drug-like effect on our heart, pancreas and liver — without the drugs – they have the potential to become a household name, much like omega 3, 6 and 9 did a decade ago. The most available and best dietary sources, for now, seem to be macadamia nuts (keep it to about a dozen per day for calories control) or oily fish. Once Omega 7 information becomes more publicized, both Sea Buckthorn berries and oils could become more readily available in local stores.

Download now, listen instantly or take it with you and listen in the car or at the gym.