Supercharge Your Performance By Keeping Your Core Cool 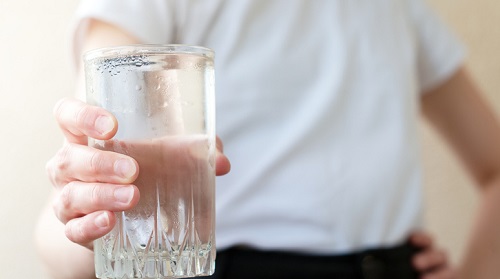 When I first heard that you could increase athletic performance by cooling your palms, my initial reaction was “yea, that’s probably not true.”

But the information came from a source I trusted, so I decided to dig deeper.

Turns out that there’s actually a pretty large amount of evidence showing that there’s an optimal temperature range for muscular performance. Scientists have tried to cool the working muscles directly in the past, but the results on that have been mixed.

However, cooling the palms does seem to work. The reason it seems to work is that your palms (along with the bottoms of your feet and your cheeks) have what’s called glabrous skin, which have numerous arterio-veinous anastomoses (AVAs). These AVAs have a large inner diameter, which allows them to move blood to other veins and arteries in the limbs more quickly than through other pathways, and make these glabrous skin areas better for releasing heat (or increasing it), and controlling body temperature. In laymans terms, in spite of the common myth that you lose most of your heat through your head and neck, the reality is you lose most of your heat through your hands, feet, and cheeks.

If you’re anything like me, you may even have noticed this during everyday life. For example, if I’m at the lake on a hot day, I may actually sit with my feet in the water and it feels like I’m not getting as hot, even though most of my body is still baking in the sun. Well, turns out that’s actually true. Keeping your palms or the bottoms of your feet cooler actually does help keep your core body temperature lower.

Now, since we’re mentioning water, one of the things I should mention is that the studies using these cooling processes aren’t getting the palms of the hands wet. Obviously, having wet hands while holding a barbell or dumbbell could be pretty dangerous, and I would recommend avoiding getting your hands wet during resistance training. They also aren’t wanting the hands or feet to get too cold—the glove they used during these experiments was circulating at around ten to sixteen degrees Celsius. This is an important thing to mention because the AVAs can actually constrict and close altogether if cooling is too heavy – meaning that instead of getting performance improvement, you’ll just get a cold hand if, for example, you tried submerging your hand in a bag of ice.

The study results are actually pretty astonishing. During pull-up training, over a six week period, subjects who used cooling increased their total pull-up volume by 144%, as opposed to no significant increase in pull-up capacity in the non-cooled subjects.

Palm cooling also produced big increases in bench press work volume. In that training protocol, study participants who used cooling between sets showed a 37% increase in work volume, as opposed to 13% in the control group.

Studies have also shown that cooling can increase performance during endurance exercise.

Similar results have been found in other studies as well. The impact of these results has multiple NFL teams, college teams, and professional soccer clubs adopting versions of cooling in their training.

So how can you use cooling in you training program? Well, I would ask my personal trainer before starting any new protocols, but there are now cooling gloves available for purchase. That being said, Dr. Heller, one of the researchers responsible for the discovery, has also said that you could just pass a cold can of pop or juice between your hands between sets of resistance exercise (the passing being important to avoid vasoconstriction/getting a cold hand).

Given the major heat wave we just had, I’m sure there’s a lot of interest in keeping cool, especially for those exercising outdoors.

Hiring a certified Personal Trainer through Infofit is one of the best investments you can make with regard to your overall health and fitness.