Is Fasting the Fountain of Youth?

What if living longer was a simple matter of eating less?

Recent research is now suggesting that caloric restriction plans may be the secret to finding our Fountain of Youth. In this article, Cathie Glennon, Vancouver BCRPA Certified Personal Trainer and Sports Nutrition Educator, discusses two different types of dietary restriction plans which include Caloric Restriction (CR) and Intermittent Fasting (IF). 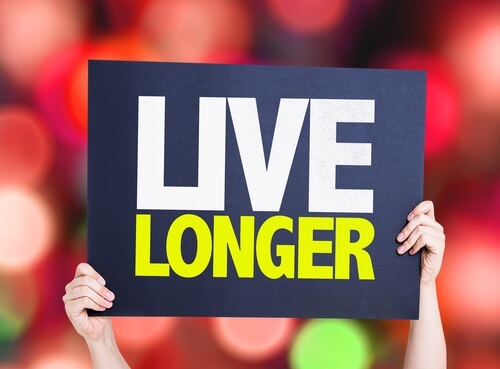 Calorie-restriction plans are about minimizing calories and maximizing nutrients. The first step is to determine the number of calories you need to maintain your current body mass. Then your goal is to eat fewer calories, which is where the weight loss comes into the picture. Should you be unsure of this set point of calories, then find a personal training facility that can measure your resting metabolic rate (RMR) which will give you a safe place to begin. Once you have established your base line you would consume 25% fewer calories than that amount.

The National Institutes of Aging funneled $30 million into a two-part, multicenter study of calorie-restriction dieting aptly known as CALERIE (short for Comprehensive Assessment of the Long Term Effects of Reducing Intake of Energy). Results of the second phase aren’t available to the public yet, but the first phase shows what may be to come. After six months of restricting calories by 25 percent, volunteers from the initial phase appeared to age more slowly than those subjects who ate normally. Specifically, study participants’ metabolism and insulin sensitivity improved, meaning their body was able to handle the increase and decrease of sugar with more sensitivity, which is imperative to reducing the risk of diabetes. Other human trials hint at the diet’s ability to lower cholesterol, eliminate hypertension and even improve memory.

Intermittent Fasting (IF), which includes everything from periodic multiday fasts to skipping a meal or two on certain days of the week, has been proposed as an alternative to Calorie Restriction plans. IF is more palatable to most people, since one does not have to give up the indulgence of their favourite meals. However Sports Nutrition Certified Personal Trainers have some concerns in that promoters of intermittent fasting plans unintentionally, encourage extreme behaviour, such as binging. Often pictures, depict people eating high-calorie, high-fat foods, such as hamburgers, French fries and cake. They infer if you fast two days a week, you can devour as much junk as you want during the remaining days. Moderate proponents of fasting establish that you should: eat sensibly most of the time, eat nothing for an extended period every now and then, indulge only on occasion (perhaps once a week, say, on a designated “cheat day” which shouldn’t revert into overindulgence for the entire day).

There is indeed a large body of research to support sensibly incorporating fasting into your lifestyle. One such study by Mark Mattson , a senior investigator for the National Institute on Aging, investigated the health benefits of intermittent fasting on the cardiovascular system and brain. He found that intermittent restriction lowered levels of insulin and glucose in the blood, which signified increased sensitivity to insulin and a reduced risk of diabetes. It was as effective as continuous restriction for improving weight loss and other health biomarkers. When you don’t eat for short durations such as 10–16 hours, your body will go to its fat stores for energy, and fatty acids called ketones will be released into the bloodstream. This has shown to protect memory and learning functionality, as well as slow disease processes in the brain. Other physicians believe that Intermittent Fasting normalizes ghrelin levels (also known as your “hunger hormone”), increases the rate of human growth hormone production, lowers triglyceride levels, helps suppress inflammation and fights free radical damage.

There are always risks associated with any dietary plan and calorie restriction plans are not any different in this aspect. It is specifically noted these types of plans are not recommended for pregnant or breastfeeding women, and are not appropriate for children or teens except when under the care of physicians with specific expertise in this area. They also are generally not advisable for people over age 50, this would be dependent on their medications for pre-existing conditions. There are many side effects reported with low calorie diets. These side effects range from inconvenient issues such as fatigue, constipation, nausea or diarrhea to more serious issues including gallstones. Other side effects associated with these plans include, but are not limited to, discomfort due to extreme hunger, irritability, loss of strength, and loss of libido. Once the body is accustomed to the restrictions, however, the hunger levels may decrease and mood could become more positive compared to before the fasting program started. Elevated mood and decreased hunger on caloric restrictive diets have been noted in some.

Whether Calorie Restriction or Intermittent Fasting is viable, safe, and effective for reducing aging in humans is not known for certain, continued trials will go a long way toward providing more information.

Note: Always contact your physician and your certified personal trainer before making any decisions if this would be a plan you would like to incorporate into your life.