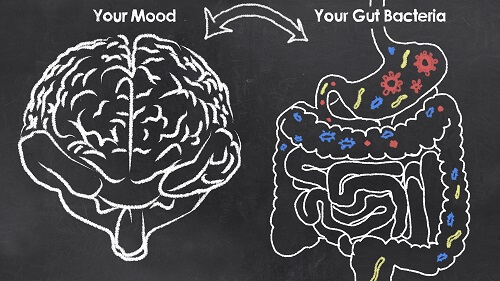 Have you heard that humans have a newly discovered second brain? People have been saying for years to “follow your gut” when making decisions. There is remarkable emerging data on how the intrinsic nervous system in our stomach affects our mood, happiness and appetite amongst other critical bodily functions. Scientists are calling the overlooked network of neurons in the lining of the stomach our “second brain”.

When you take a closer look at this mass of tissue brimming with critical neurotransmitters, it is apparent that they do more than handle digestion and create butterflies. The second brain in our stomach is connected to our real brain, and scientists are now finding that it plays a vital role in our mental state and determines how diseases play out in the body.

The stomach is the muscular organ that takes in food from the esophagus and then secretes acid and enzymes that digest food. However, digesting food is just one small part of the stomach’s job. One of the reasons that the stomach goes far beyond just processing what we eat is that serotonin is formed in only a few places around the body, one of the main areas of production is the epithelial cells that line the gut and the intestines. Between 80-90% of the body’s serotonin can be found in the gastrointestinal tract.

The second brain is far reaching from just the stomach; it consists of a sheath of neurons planted in the walls of the long tube of the gut or alimentary canal which is approximately 9 meters that reaches from the esophagus to the anus. The second brain has about 100 million neurons which are more than either the spinal cord or the peripheral nervous system.

The neurons contained within the intrinsic nervous system allows us to feel what is going on in the inner workings of the gut and its contents.  Much of the energy of this system goes into breaking down food, absorbing food, handling the expulsion of waste and the muscle contractions that moves everything out.

The second brain is furnished with internal senses and reflexes; the gut can work independently from the brain.  According to scientists, approximately 90 percent of the fibers in the primary visceral nerve carry information from the gut to the brain, not the other way.

Emotional Well-Being is Influenced by the Second Brain

Emotional well-being relies on messages from the second brain to the brain above. Butterflies or that fluttery feeling we get in our tummy is a physiological stress response; so a big part of our emotion is influenced by the nerves in our stomach.

Medication treatment such as selective serotonin reuptake inhibitors (SSRIs) for depression meant to target the mind can inadvertently impact the gut. The intrinsic nervous system utilizes more than 30 neurotransmitters, and with 80-90 % of the body’s serotonin located in the bowels, SSRIs can create GI upset.

U.C.L.A. is doing work on how the bacteria in the gut communicate with intrinsic nervous system cells. Their work with the gut’s nervous system has led them to believe in coming years psychiatry will need to expand to treat the second brain in addition to the one in your head.

Scientists are studying the effects of serotonin made in the intrinsic nervous system on osteoporosis. According to an article published in the Cell Press (Trends in Endocrinology & Metabolism Volume 26, Issue 2, February 2015, Pages 69–74) (4), the study in germ-free (GF) mice demonstrated that the gut microbiota (GM) is a regulator of bone mass.

The gut microbiota affected bone mass via effects on the immune status, which in turn regulates osteoclastogenesis. It also surmised that Probiotic and prebiotic treatments may impact gut microbiota composition and affect bone metabolism. They are proposing that gut microbiota may be a novel therapeutic target for osteoporosis.

The developing field of Neurogastroenterology is studying the brain and stomach in relation to the understanding of gastrointestinal motility and functional gastrointestinal disorders. They are discovering new insight into how the second brain works and the impact it has on the mind and body. Their cutting-edge research is investigating how the intrinsic nervous system mediates our immune system since the guts primary job is to evacuate foreign invaders.

Overall the work being done on the study of the second brain has shown that it affects many critical functions in the body such as bone development, appetite control, heart function and mental well-being. One day, perhaps there will be important connections between diseases and lesions in the gut’s nervous system.

What can we do now? Feed your second brain right!

Eat foods that encourage a better diversification and population of the appropriate bacteria for optimum health.

Incorporate fermented foods that are full lactic acid producing bacteria. Always look for these foods in the refrigerated section, as shelf-stored varieties do not contain live bacteria. These foods would include yoghurt with live cultures, unpasteurized miso, kefir, tempeh and fermented vegetables such as pickles, sauerkraut and kimchi.

Learn more about nutrition with the Principles of Sports Nutrition (PSN) which will teach 110 fundamental sports nutrition principles essential to achieving and maintaining optimum health, performance and longevity. The course will teach you how to prevent disease and stay well life-long and provide them with the information and knowledge required to condition, care for and nourish your body.