Meditation – An Activity with No Downside! 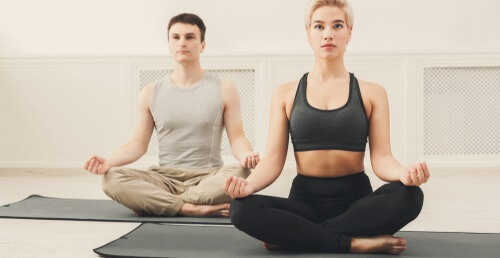 May be One of the Very Few Activities in the World That has no Downside.

Meditative practice in some form has existed for thousands of years and is one of the oldest practices known to mankind; its long history is evidence that meditation in some part may be biologically necessary to us humans, and I would argue that now, more than ever, we need meditative practice.

There exists a variety of meditative forms: mindfulness meditation, transcendental meditation, loving kindness meditation being just a few of them. I won’t detail here the ways and steps that you can take to start a meditative practice–every person is different and will respond differently to different practices. What most meditative practices share, however, is a focus on presence (the act of being fully conscious of the body and the present moment), the release of stress and tension, and being quiet and relaxed in mind and body (though walking meditation does exist and is, in fact, one of my favourite meditation styles!)

In Canada and in other westernized countries, our lives are filled with noise; whether it be our phones or our televisions, our minds are constantly stimulated, and our attention always demanded. Adhering to a consistent meditation practice can give you the much-needed peace and focus that you may not be able to find in an otherwise stressful, frenetic life. Along with exercise, healthy eating, and good-quality sleep, meditation may be one of the most rewarding things that you can do for your health and your happiness; besides which, meditation has been shown to elevate our experience of exercise, diet, and sleep! It’s a win-win!

Most people take on a meditative practice with the objective of a more relaxed and stress-free life, this is definitely one of its greatest rewards. But if you remain unconvinced, and are still on the fence about meditation, you may be interested to learn of some of meditation’s other lesser-known benefits. Truly, it is the gift that keeps on giving.

Check out of some of the most recent findings on meditation and its surprising health benefits:

Though only 3% of the Canadian population will be diagnosed with an eating disorder in their lifetime, many people would admit to struggling with some form of emotional eating. An unhappy relationship with food is especially common in our diet-driven culture, where restrictive eating is commonly accepted as the norm. One study performed in a group of 18 obese women suffering from Binge Eating Disorder (BED) found that with a consistent meditation practice performed over a period of 6 weeks, binges were reduced from a frequency of an average of 4 per week, to less than 2 a week! Though the individuals involved in the study represent perhaps a more ‘extreme’ version of emotional eating, more mindful eating practices are gaining popularity across a wide spectrum of the population.

A similar randomized trial found that when a group of overweight individuals followed a mindful meditation practice, they were much less likely to indulge in binge-eating, which led to the lowering of their BMI. So, if an unhealthy relationship with food is getting in the way of your fat-loss goals, an effective mindfulness practice can help you to lose the necessary weight–and keep it off.  To learn more about nutrition, meditation and weight-loss consider taking a course such as INFOFIT’s Principles of Sports Nutrition.

Can you meditate your way to improved immune function? Many experts are saying that, yes, you can!

Unbelievable, right? It might seem preposterous: the notion that we can simply meditate our way out of catching a cold or coming down with the flu. But increasingly, medical and scientific experts are emphasizing the essentiality of the relationship between the happenings of our minds and the functioning of our biology.

Much of it comes down to stress: most experts agree that psychological stress is detrimental to the body’s immune response. Meditation is shown to relieve much of this stress, and thus acts as a protective mechanism for the immune system.

One study found that subjects that underwent an 8-week training program in mindfulness meditation possessed significantly more antibodies than the non-meditating control group; the study also reported left-sided anterior activation, which is commonly associated with positive affect—this could assumedly lead to an individual being more optimistic about their health, which will in turn, actually make an individual more healthy. As they say, mind over matter, right? The researchers concluded that even a short mindfulness meditation program will have demonstrable effects on brain and immune function.

Any high-performing athlete knows that emotional and mental resilience is absolutely essential for optimal performance. In professional sports, we frequently see how an athlete’s training and physical capacity can become absolutely meaningless in the face of a case of nerves. So, how can emotional and mental skills be developed in order to improve performance out on the court or on the field?

Meditative and/or mindfulness practice has been employed in multiple settings–in group interventions and in scientific trials; the purpose of these meditation interventions is to improve an athlete’s mental resilience and flexibility, which will optimize their performance in high-stress situations, such as in a game or competition–or even a job interview. Many studies have shown these interventions to be highly successful–as one study observes, what makes one highly-skilled athlete more successful than another is usually psychological, rather than simply physical capacity. Furthermore, meditation has also been shown to reduce an athlete’s risk of injury.

So, why not try meditation? Meditation is an incredibly low-risk, high-reward activity that will likely optimize your life in every area. Start with five minutes a day, then work your way up to twenty minutes. I would also suggest that you look around on the internet, consult some meditation experts in your area, try out a few sessions, and get started on a meditative practice that works for you!

Learn how Living Well Can Change Your Life