High-intensity interval training or any kind of prolonged physical overuse typically causes muscle damage, resulting in inflammation, pain and stress. As people age, strength and muscle mass tend to decrease (sarcopenia).  Strength training can help overcome this but, as we age the post-exercise pain and loss of strength tend to last much longer. 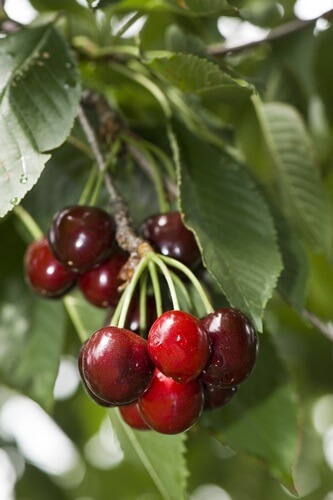 Published in the British Journal of Sports Medicine; Efficacy of a tart cherry juice blend in preventing the symptoms of muscle damage; DA Connolly, MP McHugh, OL Padilla-Zakour, et al.; Dec 2006. The scientific studies showed that tart cherries are loaded with anthocyanins and other compounds that naturally mediate the inflammatory process. These hae comparable activity to naproxen (Aleve®) and ibuprofen (Advil®) without the significant side effects!

Tart Cherries Could Be Used to Reduce Pain

These noted anti-inflammatory benefits prompted researchers to explore whether tart cherries could be used to reduce pain, protect and accelerate muscle recovery. They learned that anthocyanins from tart cherries lowered inflammation-induced pain significantly and lowered the indicators of exercise-induced muscle damage.

The experiment reviewed the impact of tart cherries on pain management following intense exercise. Runners participating in a 24-hour relay race were required to consume 2 – 355 ml drink daily containing either Cherry beverage or placebo for 1 week prior  and during the race. (2 bottles 355 mL  of tart cherry juice daily provides roughly 80 mg anthocyanins , an equivalent of 90 – 100 cherries.)

Substantially Less Pain After the Race

Both groups of runners experienced pain after the race but the runners who drank tart cherry juice experienced a substantially less pain after the race. These results suggested that tart cherries must be responsible some defense against muscle damage. To confirm this, researchers practiced a controlled trial on indices of muscle recovery. Participants were given either tart cherry juice or a placebo drink for 5 days before, on the day of, and 2 days after a marathon race.

Another research team went further to assess the potential decrease in muscle injury and strength loss with 14 non athletic male college students. They were required for 8 consecutive day to consume twice daily 12 ounces of either a placebo a tart cherry juice. Then students performed an elbow flexion eccentric exercise that can induce muscle damage. Isometric elbow flexion pain, strength and soreness were measured before, and for 4 days after, the protocol.

The study concluded that tart cherry significantly reduced the typical loss of strength induced and pain caused by exercise and improved preservation of muscle function.

This course provides an extensive in-depth view into the emergent science and philosophy of sports nutrition.