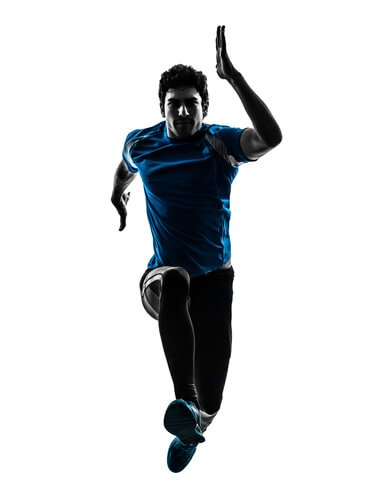 You’re running most days. Sometimes five kilometres, sometimes ten, but nothing is changing. Maybe you dropped a little weight when you first started, but now your weight has plateaued, and you’re feeling frustrated because even though you’ve been running further and further, the fat isn’t budging.

Does this story sound familiar? If not you, you may know someone who has experienced a similar lack of progress even though, as they say, they’re “running all the time!”.

So, what’s going on?

One of the most common mistakes that runners make who are on a fat-loss campaign is to not include high-intensity training. Now, we are definitely not suggesting that you sprint all-out for an hour six days a week. Anecdotally, this is exactly what I used to do when I first started going to the gym, and you know how much weight I lost over eight months of this cardio insanity? Four! What I got instead was insomnia, persistent irritability, and a scary heart palpitation (this is called overtraining, by the way).

But what is effective–and healthy!–is supplementing your steady-state cardio with a couple HIIT sessions, also known as High-Intensity Interval Training, once or twice a week. Doing the occasional HIIT session will ensure that your body does not adapt to the exercise intensity. Challenging yourself ensures that your metabolism stays high (even hours after you’ve finished exercising) and that your body will continue to improve in its strength and cardiovascular capacity.

We’re not recommending that you throw out your steady-state cardio altogether. There are valid reasons to choose lower- to moderate-intensity running over higher-intensity. For one thing, if you, your friend is overweight or obese, high-intensity exercise straight-away has been shown to decrease long-term adherence. Also, if you are new to exercise, high-intensity aerobic exercise has been shown to actually increase feelings of anxiety in the short-term, but once done regularly and over the long-term, it will decrease anxiety and stress. So, it’s okay to start slow and amp up the intensity over time!

But if you have already started on a running program and have been training for a while now at a steady-state pace, you might consider mixing it up if you want to fat-loss results. Try following one of the suggested running plans below, created by Infofit President Andre Potvin, to really fuel fat loss.

To start, devote one day a week with a 5% incline to create a calorie crushing regimen. It’s a good idea to mix and match with different varieties of short, medium and long HIIT. Warm up and cool down with 5-10min of slow jogging or fast walking. The most effective shredding results is to switch up your work out – don’t just stick with the interval routine that feels the easiest.

Start running with a hill or treadmill on incline and speed-up to a hard, but sustainable effort, for .5 km. Switch back to a jog or walk for 2 minutes and repeat 4 times building up to 8. Experienced runners can increase the distance to 1 km.

Besides fat loss, HIIT running also has been shown to increase cardiovascular fitness and improve running speeds more effectively than steady-state low- or moderate-intensity running. And there is some evidence to suggest that shorter HIIT sessions are better for preventing injuries such as joint and muscle sprains. Sounds like a win-win to us! Good luck!

Working with one of Infofit’s certified trainers will help you achieve your personal fitness goals in a responsible, safe and effective manner.