Some Barefoot Runners Strike on Heels

Barefoot Runners Should You Land on Your Heels? 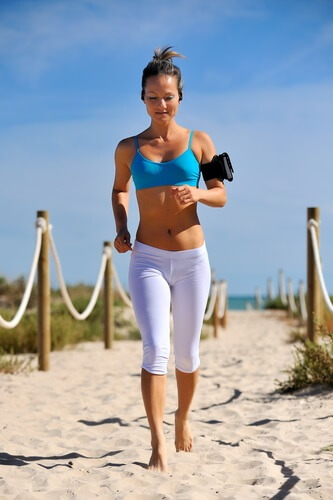 e, many personal trainers and barefoot running fans swear that to reduce injury risk, you should not land on your heels but land near the balls of your feet. Thought to mimic that of our barefoot forebears, this running style represents the most natural way to run. A recent study, a group of evolutionary anthropologists, turned to the Daasanach, a pastoral tribe living in Kenya. This study changes those ideas and, combined with several other new running-experiments, raises questions about just how humans really are meant to run.  Although they are physically active, they have no tradition of wearing shoes, compared to some Kenyan tribes, the Daasanach have no tradition of competitive marathon running.

Footwear is Quite a Recent Invention

In evolutionary terms, humans have run barefoot for most of the time, since footwear is quite a recent invention. The running shoe introduced widely in the 1970’s design, was to reduce injuries.  Loaded with padding beneath the heel, the thought was that pounding would be reduced and runners wouldn’t have injury. Researchers have learned, running-related injuries have remained common, with more than half of all runners typically being lame each year. For that reason, scientists began to believe that modern running shoes are the problem.

That theory was reinforced by a influential study published in 2010, in which Harvard scientists examined the running style of some lifelong barefoot runners. These Kenyan Kalenjin tribe runners have a long history of elite distance running are some of the fastest marathoners in the world. They have grown up running without shoes.

Many Barefoot Runners Were Forefoot Strikers

Interestingly, when the Harvard scientists had the Kalenjin runners pace over a pressure-sensing pad, they found many were forefoot strikers. This meant that they landed near the ball of their foot. Some were so-called midfoot strikers, where toes and heels struck the ground almost simultaneously and none landed on their heels first. They found that runners who had grown up barefoot deployed a noticeably different running style than people who had always worn shoes.

But this new Daasanash tribe Harvard study finds otherwise. When the researchers had the 38 Daasanach tribesmen run barefoot along a track fitted with a pressure plate, they found that these traditionally unshod adults almost all landed with their heels first.  Particularly when they were required to run at a decent distance-running pace. The group averaged about 8 minutes per mile pace. 72% of the volunteers struck with their heels while achieving it and another 24% struck midfoot. Only 4% were forefoot strikers.

Uncertainty About the Ideal Running Form

When the Daasanach volunteers were asked to sprint, most of them landed near their toes. A change in form that is very common during sprints, even when wearing running shoes. But even then, 43% still struck with their heels. These findings adds to a growing lack of certainty about what is the ideal running form. The forefoot / mid-foot striking Kalenjin were particularly fast during the Harvard experiment, averaging pace less than 5 minutes per mile.

Surprisingly, this example hasn’t been shown to translate to other runners. In a 2012 study at Milwaukee Lakefront Marathon, more than 2,000 racers,  included many of the front runners 94% struck the ground with their heels.

It has yet to be proven that changing running form reduces injuries. In an October published study scientists asked typical heel-striking recreational runners to temporarily switch style to forefoot striking. They found this new running form was quite uncomfortable for greater stress began to travel through the runners’ lower backs; the migrated pounding from the runners’ legs to their lumbar spines.

If ancient humans regularly ran fast for sustained periods of time, like Kalenjin runners do today, then they were likely forefoot or midfoot strikers. But if their hunts were conducted at a more consistent pace, closer to that of the Daasanach, then our ancestors were quite likely heel strikers. Knowing that, wearing shoes and running with a striking heel doesn’t necessarily represent a poor running form.

Much Still Needs To Be Learned

With such speculation, what they learned is much still needs to be learned. Mr. Hatala said that he and his colleagues plan to collaborate with the Harvard scientists to better understand why the various Kenyan barefoot runners move so differently and what contrasting styles mean.

Infofit, a school for fitness professionals in Vancouver, BC, Canada teaches you to become a BCRPA, ACE, ACSM, and NSCA certified personal trainer.

This lecture will outline effective strategies you can use to help you recover quicker, train harder and perform better.