Steroid Use: More Complex than We Thought? 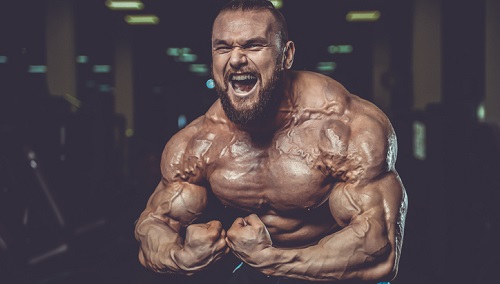 Despite the drugs being illegal on an international scale, it is estimated that at least one million people in the United States have taken steroids at some point in their lives. Steroids are often associated with professional athletes, and are typically vilified for bestowing upon its users an unfair advantage over competitors. And we’re all familiar with anabolic steroids’ horrifying side effects: male pattern baldness, acne, out-of-control rage, blurred vision, heart mutations, etc.

Humans have a long history of steroid use. The late 19th century saw the introduction of ‘testicle extract’, but it was not until the 1930’s that steroids were used to treat a variety of medical conditions, including depression. In the 1950’s, steroids were found to be effective in increasing muscle strength and size.

There are many different types of steroids that are used for varying purposes. In current medicine, steroids are often used by medical professionals to treat the symptoms of muscle-wasting diseases, such as AIDS and cancer.

According to the National Institute on Drug Abuse, when it comes to illegal steroids, most users are male non-athletes who are looking to improve their appearance by increasing muscle size. The institute states that the use of steroids in these cases are tied to a condition called ‘muscle dysmorphia’, which, like the more widely-known body dysmorphia, is exacerbated by unrealistic body expectations. In the case of muscle dysmorphia, however, it makes its sufferers obsessed with becoming bigger and more ‘jacked’.

The Science is Divided

Unfortunately, because steroids are illegal around the world, information regarding the long-term effects of steroid use on humans is unreliable and incomplete. As you might imagine, not many people are willing to come forward and admit to steroid use, even for the purposes of scientific study, and most researchers aren’t legally allowed to use steroids on human participants except in very small doses and in exceptional cases.

As a result, much of what we know about steroids and their effect on muscle and athletic performance comes from animal studies or anecdotal or ‘underground’ sources of information. The existing research has shown some interesting results.

How Do Steroids Work?

Steroid use results in larger and stronger muscles. But how do the drugs function on a biological and intra-muscular level? The science has shown that steroids not only increase muscle fibre size, but that they also increase the number of fibres, myonuclei, and the proportion of central nuclei. And, interestingly, that these effects can be observed years after use.

One study performed on mice examined more closely the lasting effects of steroids, even after steroid use has been discontinued. In this study, female mice were treated for fourteen days with testosterone propionate, which, according to the study, induced a 66% increase in the number of myonuclei and a 77% increase in fibre cross‐sectional area.

What is interesting is that after the three weeks, the muscle fibres returned to baseline, but the number of nuclei remained elevated for three months after the drug withdrawal. Now, for mice, this is about 10% of their lifespan and may be years in human time. In case you didn’t know, the myonuclei is the thing that controls ‘muscle memory’, which means that even when there were no steroids in the mice’s systems, their muscles were much more responsive and grew faster than the control population.

As the researchers conclude, “[these findings] may have consequences for the exclusion time of doping offenders”. If even just a brief use of steroids induces massive changes in the myonuclei for months, or even years, after taking the drug, how can steroid drug offenders be restricted or regulated in professional sports?

But What Are The Downsides?

Of course, we are not encouraging you to take illegal steroids; the side effects of steroid use are numerous and, frankly, disturbing. As one review states, “[there] are numerous side-effects to anabolic steroids, including hypertension and atherosclerosis, blood clotting, jaundice, hepatic carcinoma, tendon damage, psychiatric and behavioural effects and, in males, reduced fertility and gynaecomastia.”

The effects of chronic steroid use on cardiovascular health and, specifically, the heart’s left ventricle are well-documented; one study found that even years after taking steroids, a chronic user’s heart health is significantly and adversely affected. Researchers have also found steroids to be detrimental to a user’s cholesterol levels, further weakening the cardiovascular system.

And if you’re a man taking steroids, studies have shown that your fertility will be significantly altered, greatly diminishing sperm count and ‘fertility index’. For women, the masculinization that occurs as a result of steroid use can be serious and irreversible, including such conditions as: “a deepening of the voice, increased facial hair, increased aggressiveness, clitoral enlargement, and menstrual irregularities.”

In both sexes, steroid use is also widely associated with an increase in hostile behaviour. One study comparing steroid-using athletes against non-using athletes found that the users “were significantly more aggressive and hostile at all times compared to the non-users.” One user, they said, even admitted to attempting murder “during a steroid-taking phase”.

Is It Worth It?

For as long as people want fast gains, there will always be a demand for steroids. Unfortunately, we live in a culture that values expediency over quality, safety, and consistency. Male body image, as well, has slowly shifted over time; images of men in the media today have become bigger, more muscular, and, in a word, unrealistic. It can be very tempting to take a drug that promises such incredible results. But is it worth the risk? Since steroids are largely an uncontrolled and unstandardized substance, taking a drug of which the potential side effects and contraindications are unknown poses a massive threat to one’s health and safety. The penalties for steroid use and/or distribution are also alarming, with fines of over $1000 and potential jail time.

As always, I recommend that you consult with an experienced and certified professional, such as a nutritionist, doctor, or personal trainer before you resort to embarking on an dangerous, expensive, and illegal habit. At Infofit, we have dozens of professionals with decades of experience in the fitness industry who are ready to share their knowledge to help you to achieve your personal goals.

Students will leave this program equipped with the ability to coach clients for long term success.