The Anti Aging Effects of Wine

Wine is good for you! A glass of wine a day keeps the doctor away! 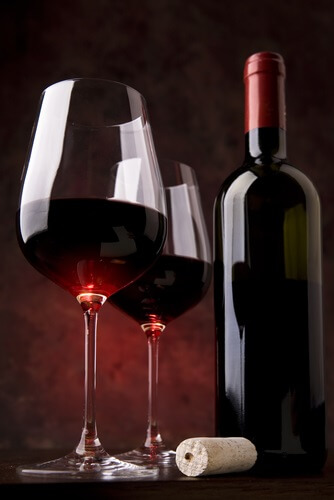 You are probably familiar with the hype surrounding wine and its supposed health benefits. The belief that red wine is good for the heart likely harkens back to the 1980’s and the birth of “the French Paradox”, which references the French people’s relatively low rates of heart disease, in spite of their propensity to each rich, fatty food.

It seems that experts nowadays can’t make up their minds about whether or not wine is good or bad. One minute, we are being told that wine keeps our hearts healthy and prevents cancer. And in the next minute, more experts tell us not to believe the hype, that wine is still alcohol, and its negative effects definitely outweigh any potential advantages.

So, what to believe?

If you’re worried that this article is going to rain on your wine parade, sorry, you may be right. If you prefer to believe that wine is the magic cure-all to all of your health problems, I would recommend that you stop reading now.

That being said, it’s not all bad news! And if you’re interested in learning more about the fascinating science behind wine and its effects on your body, continue on, dear reader!

The main component of wine that is said to be ‘healthful’ is resveratrol, and most of our discussion in this article revolves around this fascinating ingredient. Resveratrol is a polyphenol that is found in the skin of grapes; white wine, which contains less grape skin, typically contains less resveratrol than red wine. It is also found in peanuts and some varieties of berries. Interestingly, plants will often produce resveratrol to combat the damaging effects of injury and bacterial and fungal infection.

Numerous studies have demonstrated that resveratrol possesses very high antioxidant properties and anti-carcinogenic potential. Resveratrol in some studies has been shown to protect brain function in the prevention of Alzheimer’s disease and lower blood pressure, among other things. Seems pretty cool, right?

Here is the disappointing caveat.

Most of the studies done on resveratrol have been performed in vitro, which means that they have been performed on cells and microorganisms “outside of their normal biological context” (read: in test tubes), or they have been done under conditions difficult to reproduce in day-to-day life. Studies done with resveratrol in vivo (read: inside a functioning organism) and under ‘normal’, not-in-a-lab conditions have produced less exciting results.

Most scientific research done on resveratrol and humans has found that resveratrol has very low bioavailability, which means that most of it is metabolized and passes out of the body before it gets to do any of the cool stuff that it promises to do. So, taking an oral supplement of resveratrol probably won’t do much to improve your health, unfortunately, just as drinking a glass of red wine every day probably won’t prevent a heart attack or reverse your arthritis.

On a somewhat related note, resveratrol shows some promise as a skincare ingredient. It has been found to have antimicrobial, anticancer, and anti-aging properties, as well as providing UV protection and treating abnormalities in skin pigmentation. I’m not sure that putting wine directly on your face is a good idea–but I’m no dermatologist. Plenty of skin products nowadays contain resveratrol, so do your research and give it a try!

So, should I stop drinking wine altogether?

Before you put the wine away for good, consider this: alcohol itself has been shown to provide some health benefits. When drunk in moderation, alcohol has been found to  increase HDL cholesterol (the good cholesterol) and protect against ischemic stroke. Moderate alcohol drinkers have been shown to have a lower risk of all-cause mortality than those who over-consume and those who abstain altogether. According to the National Institute for Alcohol Abuse and Alcoholism, one drink a day for women and two drinks a day for men is considered ‘moderate’ alcohol consumption. So, one after-dinner wine probably has some benefits, though experts are generally unable to explain these findings. Drinking to excess (four drinks or more a day for men, and 3 for women) is unsurprisingly not conducive to good health, as it is a cause of long term cognitive dysfunction and organ failure.

Built upon the principles of functional health, this course covers the foundations of sports nutrition, including topics such as: macro and micronutrients, digestion, basic physiology, pathologies, epigenetics, dietary supplementation, nutritional needs through the lifespan and health coaching.